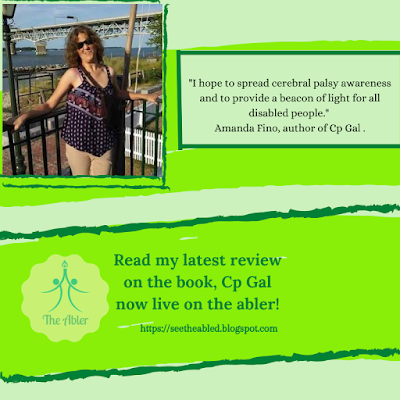 The Cerebral Palsy Gal Is the story of a girl who goes on a very complex, soul-searching journey where she survives not only physical and mental abuse by her parents and sister, only later to survive being sexually assaulted shortly after turning 18 years old. Cerebral Palsy Gal doesn’t simply tell you the life-story of how Amanda went from Amanda Conant to the transformation you see today as Amanda Fino. In the book, Amanda Talks about finding people with CP who were using social media as a platform to advocate for themselves and their community.

All while living very fulfilled lives. This was also the time that Amanda realized that she had Cerebral Palsy. From that day on in early 2012, Amanda began exploring social media more in-depth to find out all she could about Cerebral Palsy. This is also where she had a quiet of sorts where she only wished you could have been able to find this support a decade early. To show her mom she could be a successful advocate for Cerebral Palsy Amanda decides to start The Facebook Page, “Cerebral Palsy Queen” in 2015.

I need to note that they were some bright spots in Amanda’s life. Childhood memories of family vacations, and of course the very strong relationship between Amanda and her mom’s mother who she affectionately called her “gragwa.” Amanda will later credit her “gragwa” with playing a major role in helping Amanda become the woman she is today. Another thing that struck a chord with me when reading Amanda’s story was that she took the time, and very thoughtfully expressed to the reader what Cerebral Palsy is, and how it affects the person. She then continues to further explain what her type of CP was, and how it affects her physically.

I would also like to say that I agree with Amanda when she talks about the research she did on the link between anger, tantrums, and people with CP. She was very surprised to find how full that boat was when it came to people, with CP, and issues with controlling their anger. This can also lead to many in our community diagnosed with PTSD. Amanda strongly believes that because of this Cerebral Palsy should be considered a mental health disorder as well, and not just a “complex disability” that can affect the body in a variety of different ways. I whole heartily agree with this, and I applaud Amanda for using her platform to start such a much needed and important conversation about the overall mental state among our community that is mostly more common than any of us truly knows.

Dare I say, that as a woman who happens to have Cerebral palsy I applaud Amanda’s passion for wanting to be as vocal as she possibly can in her fight for justice, equality, and educating the public and those in the vast CP community on the impotence of having a voice on things that are essential to all of us when it comes to helping us live among able-bodied people in society as one with more understanding of our struggles, compassion, and of course willingness to learn from one other. This passionate stance made by Amanda introduces us to how she uses her self-titled Facebook page, CP Gal to continue her advocacy work, as well as the importance of expressing your emotions.

It is very noticeable in Amanda’s story, that one of the consistent themes in her life story is determination. Despite all her trauma she always overcame what was going around her or to her, Amanda continued to reach for the stars of her dreams. For example, after her father’s death in 2011, she wrote her first screenplay, “Pit Boss.” I was also struck with this thought as I was reading CP Gal that when the abuse was at a particularly intense height that Amanda’s creativity and writing-style evolved.

Another example of this would be when Amanda published her first mafia-romance in honor of her love for the mafia, as well as her love for Frank Cullotta. Little did Amanda know that this love would turn into a beautiful new chapter in her life story. In 2013, Amanda was invited to Mob-Con, and it was at the party for the event the night before where she would be introduced to and later adopted by a man that would teach her cp as a badge of honor and pride. His name is Ronald Fino, an FBI undercover operatives. Later Amanda would lovingly dub Ron and his wife Alla has her “soul parents.”

Amanda’s determination as well as her passion for writing and being a vocal part of our vast community resonates throughout this book. Another theme that the reader can connect with is the theme of love.  Wanting to have and experience unconditional love.  Sometimes life shows us that by giving us the tools for what we desire the most and by letting us know we can and do have the power to create the life we want. It just may not be a smooth process getting there. Amanda found conditional love and acceptance  when she met Ronald Fino and with her grandma. But most importantly she finally learned to love herself, and to wear her cp as a badge of honor.

My FinaI Thoughts: I admire Amanda and her journey thus far, I hope that when you pick up your copy of Cerebral Palsy Gal you do so with an open mind and heart. Lastly, I’d like to thank Amanda for allowing me the privilege to read her book. I urge anyone who has any misconceptions about what cerebral palsy is to please read this book.

I do have to warn the reader that this book contains possibly trigger warnings about the topics of sexual assault, mental and physical abuse, and suicide attempts that Amanda shares in the book. So, if you are someone with a history of any of these experiences please read with caution. Or with guided supervision from your trusted medical professional with whom you are currently seeking help with.

You can connect with Amanda, and follow her on social here:

Popular posts from this blog

Part 1: Polycystic Ovary Syndrome: Don’t be surprised if you hear, “I have that too."

February 22, 2019
The Abler Blog’s Product Review On Morpho A Liposomal CBD LINIMENT Morpho - Topical CBD Photo was taken by Jessica Niziolek  I recently tried Morpho, a new CBD topical liniment meant to  relieve joint, muscle, and chronic pain. Morpho is a brand new product for the HoneyColony platform. For those that have not heard of Simply Transformative or their products, they are firm believers in healing the mind, body, and spirit by using natural remedies rather than the Pharmaceutical route. Which is a sister site to Simply Transformative simply transformative.com. Being someone who has constant pain due to my Spastic Hemiplegia Cerebral Palsy, and trying to find something that would help with my daily pain and discomfort, has been an added challenge. So. When the opportunity came for me to review this product, I did not hesitate. This product has truly been a life-saver. From the moment I began using this product my feet and leg cramping, spasms, and nerve pain changed
12 comments
Read more

Christopher Ferry: This Is His Story Of How You Can Overcome Addiction, And Start A Brand New Chapter.

April 13, 2019
Authors Note: Please be advised that I, the interview I am not a certified professional of any kind. If you suspect you or someone you know may have an addiction to drugs or something else to please consult with a medical professional that specializes in addiction. This interview contains adult discussion on the topic of addiction. So, it will not be a suitable material for anyone under the age of 18. If you are under the age of 18, please read and discuss this interview with an adult present. Thank you, Founder, Of The Abler Blog, and it’s  online community. Jessica Niziolek.  Intro: The following Interview is a glimpse into the personal journey of Christopher Ferry. Chris’s story can teach us that any turmoil you face in life can be turned into a triumph if you work hard enough including when life is challenged by addiction.  Question One: Please introduce yourself and tell our readers about yourself.  My name is Christopher Ferry, and I am 30 years old.  I am
3 comments
Read more

The Playlist For The Abler Blog

Services Offered By The Abler

Find The Abler On-

use scroll option or poput window 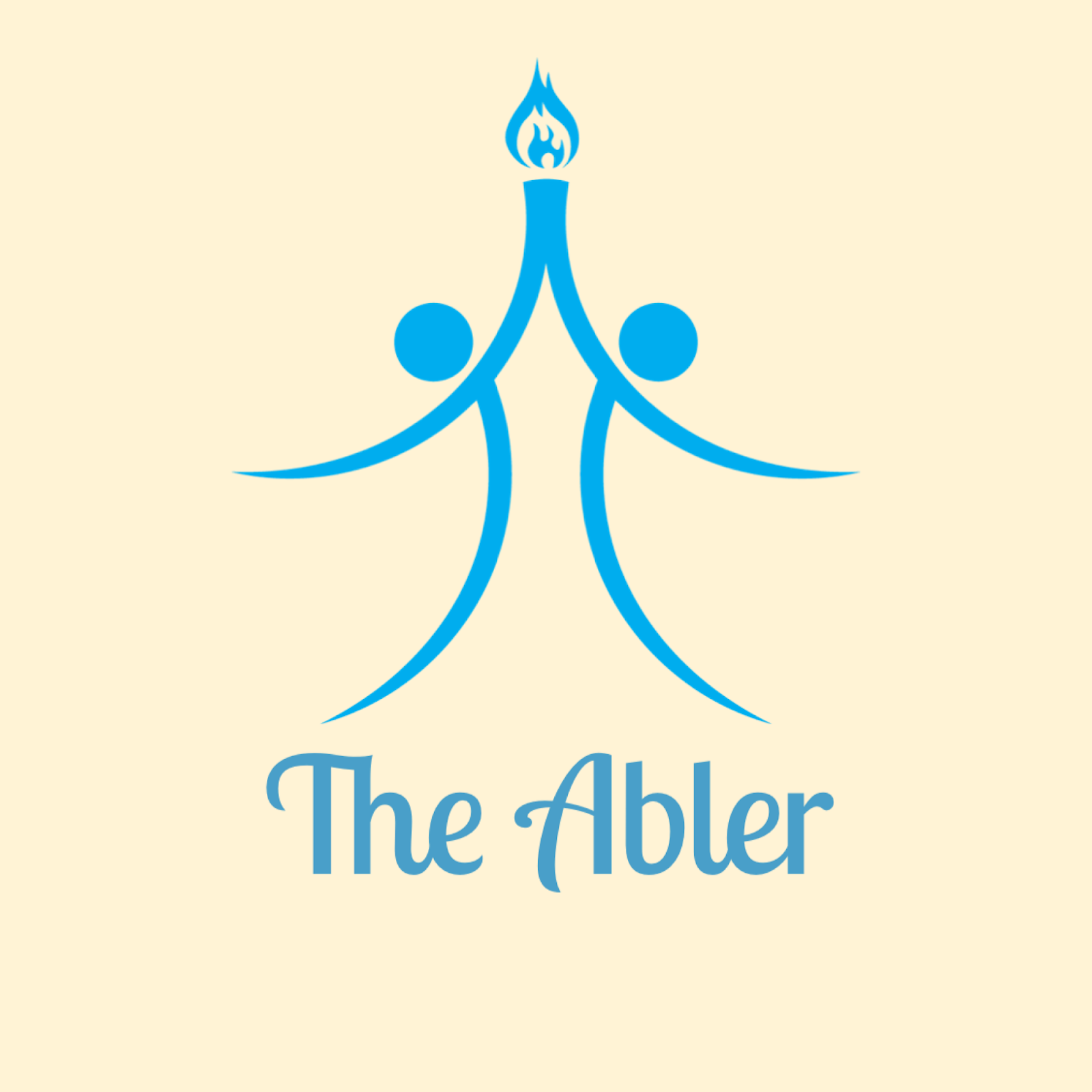 A blog that deals with all things related to the disabled community. Both visible and invisible. A place where I'll share my thoughts, insights, opinions, and experiences with all of you!

The Politics of Hemp Oil

The Abler: A Guest On CP Sunrise

My Interview On Spastic Chatter 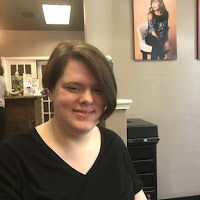 Find me on about.me 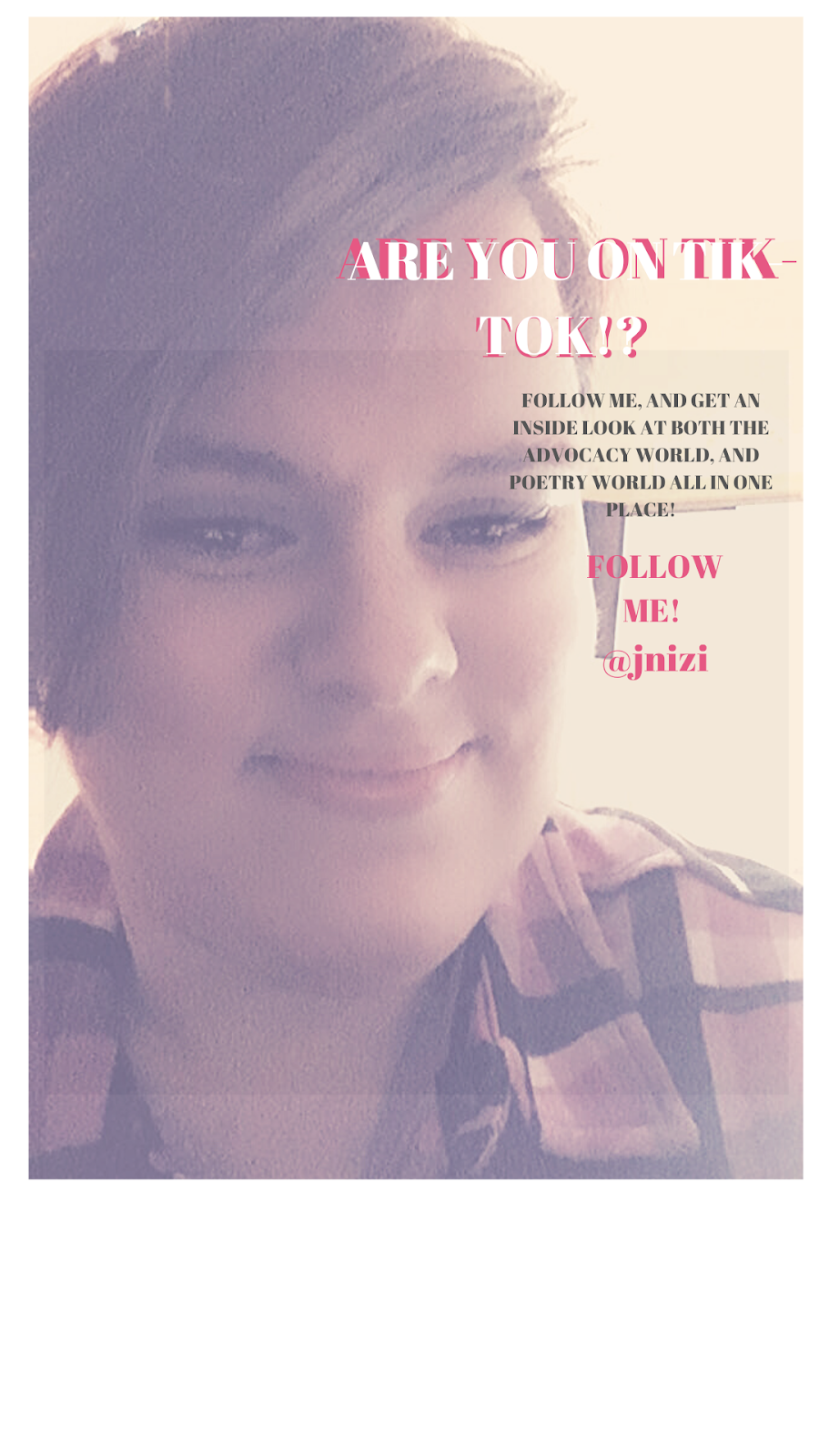 Jessica Niziolek
My name is Jessica, I am the founder of the blog, The Abler, and it's online community. As well as the podcast personality of The Many Faces Of The Abled, I am also an established content writer, and published poet.